On 6th November 2021 we aired the six-hour live show "Radiorandale" with our studio guest Rudi Vogelfrei, who donated a collage to us on the occasion of our 44th anniversary - once again many thanks! Further information about his works can be found here. The photos below have been taken during the broadcast. 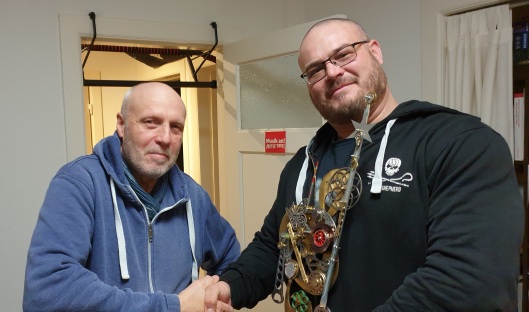 Handing over the collage to Dom van Hool 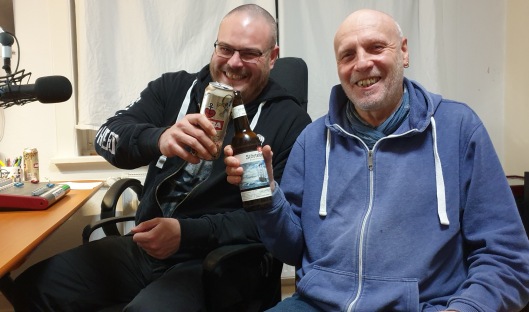 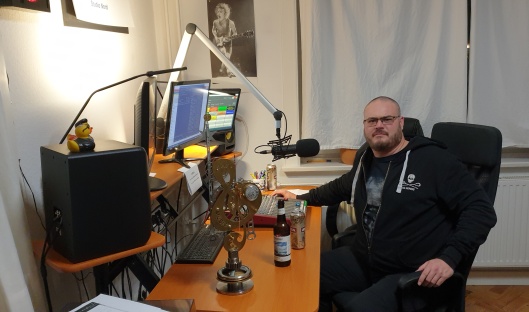 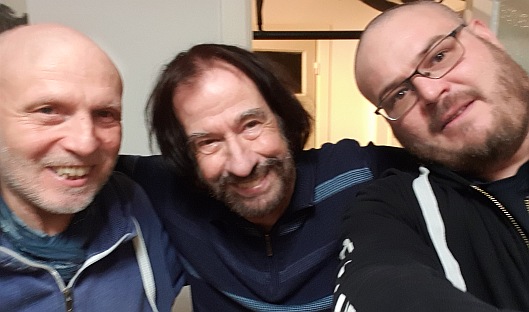 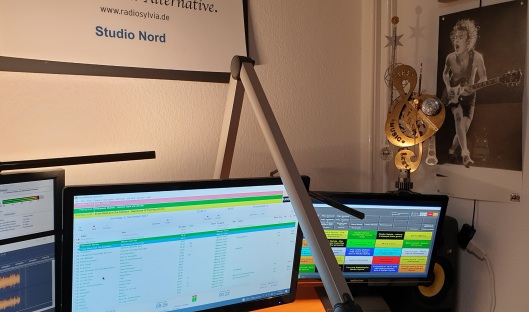 Studio North with the collage

On the occasion of our 44th anniversary, Agatha Rabiata, Dom van Hool, Artschie and Mark Andersen presented the big six-hour birthday show "Summer of Death", which was broadcast live from our legendary Studio North. The following pictures were taken during the broadcast. 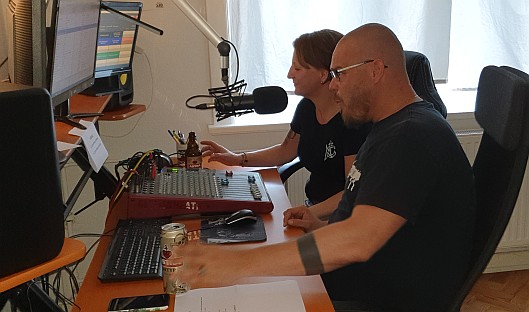 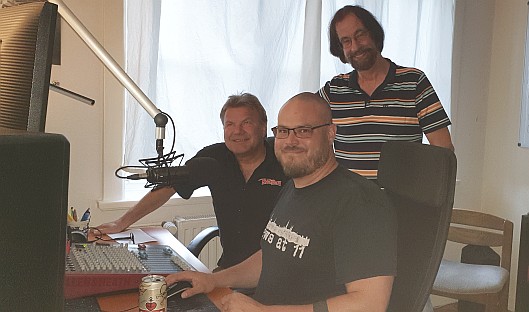 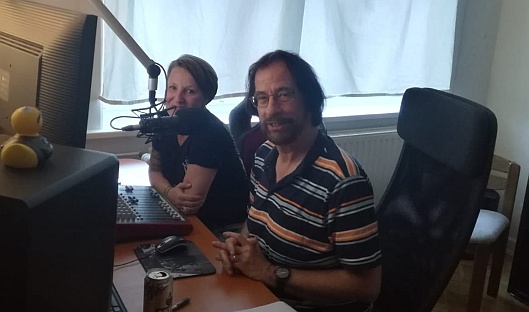 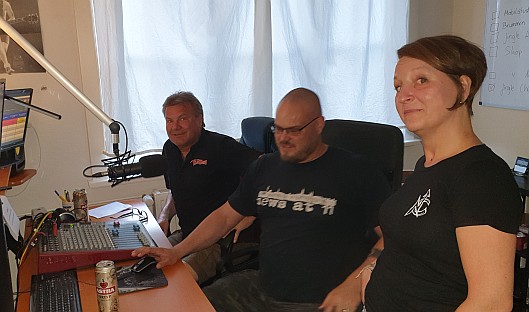